Commodities and Emerging Markets Take Off

Over the last four months, commodities have experienced their most significant rally since the end of 2011.

Below is a snapshot of the year to date performance of the largest holdings in the Bloomberg Commodity Index. So far, precious metals and oil have been the year’s best performers. 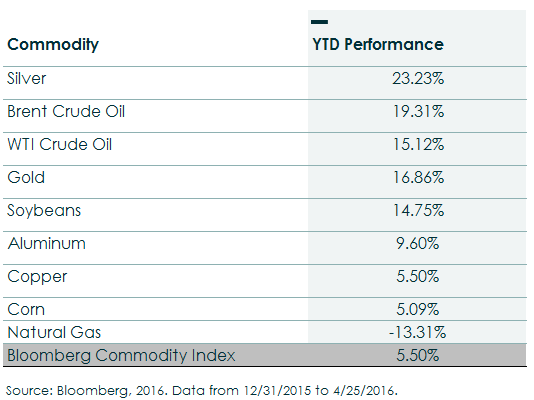 While gold has performed well in 2015, silver’s rise has been even more pronounced. This has resulted in a shrinking of the gold-silver ratio, which indicates how many ounces of silver it takes to purchase one ounce of gold. In March, the gold-silver ratio reached its highest level since 2008, but has since shrunk by -12%. Silver’s rally is either the result of normalization of its value compared to gold, or a signal of a strengthening global economy, given silver’s higher usage in industrial capacities than gold. 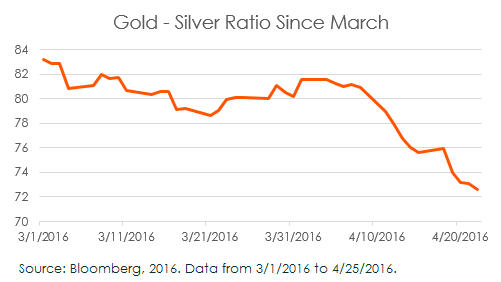 Many emerging markets derive significant revenues from exporting commodities. Below is a look into the performance of each emerging market in 2016 and their correlations to gold, silver, oil and the Bloomberg Commodity Index since the beginning of this year. It should come as little surprise that India and China have been among the worst performers as they are the largest net importers of commodities according to the International Monetary Fund and have below average correlations to commodity prices. Commodity-export heavy countries however, like Brazil, South Africa, and Russia, have above average correlations to commodities and have been among the best performers. 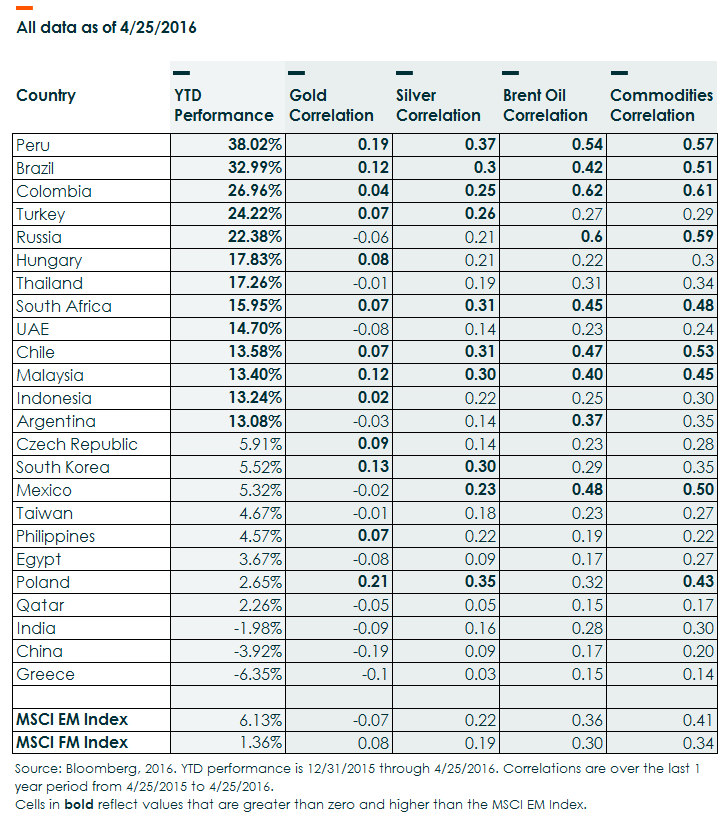 While many investors have reduced their exposure to commodities and emerging markets due to poor performance over the last few years, the recent bounce demonstrates the potential for a rapid rebound and long term returns for patient investors. It’s important for investors to remember that exposure to commodities can come in a variety of forms. Options include buying commodity futures, owning the physical commodity or an ETF that owns the physical commodity (if its relatively easy to store), investing in commodity miners such as companies engaged in silver mining, or gaining exposure to a single country or region with high dependence on a specific commodity. While all methods are viable strategies, the correlations to the price movements of the commodities and the taxation on gains can vary significantly. For long term investors, we believe gaining commodity exposure through targeted access to equities, either by owning commodity miners or single country ETFs, is among the more tax efficient methods for gaining commodity exposures and avoids the pitfalls of ‘contango’ – the losses one can experience if the future price of a commodity is higher than the spot price. 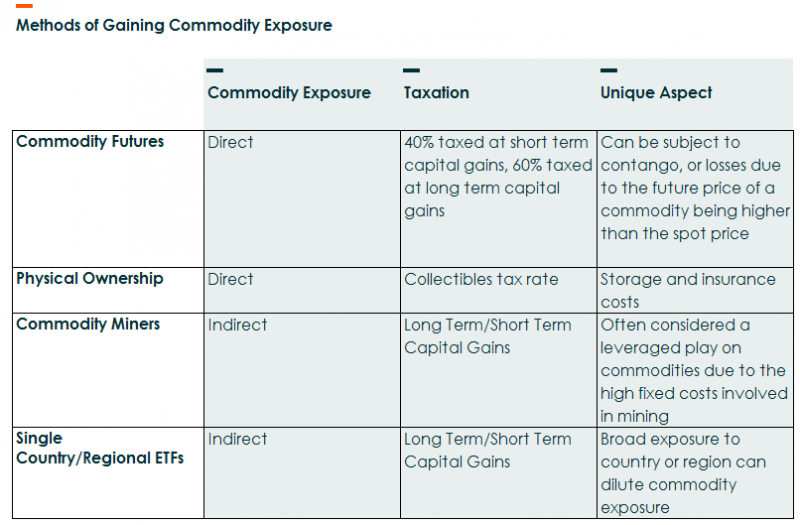 Bloomberg Commodity Index is a broad commodity index that represents 20 commodities based on economic significance and liquidity. The index consists of 22 exchange traded futures on physical commodities.

Gold Silver Ratio represents how many ounces of silver must be used to purchase one ounce of gold. This ratio indicates the purchasing power of silver relative to gold.

Investing involves risk, including the possible loss of principal. Past performance is no guarantee of future results. Indices are unmanaged and do not include the effect of fees, expenses or sales charges. One cannot invest directly in an index.

Carefully consider the Funds’ investment objectives, risk factors, charges and expenses before investing. This and additional information can be found in the Funds’ summary or full prospectus, which may be obtained by calling 1-888-GX-FUND-1 (1.888.493.8631), or by visitingwww.globalxetfs.com. Read the prospectus carefully before investing.