Sluggish global growth and dovish monetary policies, paired with trade tensions, uncertainty around Brexit, and other regional geopolitical tussles in the Middle East and Asia, have prompted many investors to pivot towards more defensive assets. Accelerating flows into gold and silver funds, fixed income, and US-based assets, demonstrate a more risk-off environment in Q4. Yet while many of these perceived risks stem from a global macro-economic slowdown and a trend of greater geopolitical tensions, we believe there are selective opportunities abroad that have reduced vulnerabilities to these factors or have more attractive growth prospects.

Europe: Stagnating growth is roiling European markets this year, which are now set to face additional headwinds as the US imposes WTO-supported tariffs for illegal EU subsidies given to Airbus. Prior to the WTO ruling, US policymakers and the ongoing US-China trade war were two culprits of mounting pressures on other major European industries such as the auto industry in Germany and the wine industry in France, dampening economic data across the region. And while macro weakness and trade tensions continue to spread across Europe, there are pockets of opportunity for investors allocating to the region.

Asia: Although growth in China has begun to slow due to structural changes in the economy and the headwinds faced by US-China trade wars, the country is still projected to experience growth around 6%. This is slower, but still high compared to the US or Europe. Across the broader Asia Pacific region, growth has also slowed, but not in tandem across each country. In some countries – including ASEAN members Vietnam and Indonesia – growth is resilient despite external headwinds. With a combined GDP of $2.8 trillion, ASEAN refers to the Association of Southeast Asian Nations and is a free trade organization with some of the world’s fastest-growing economies among its members, including Indonesia and Vietnam.3 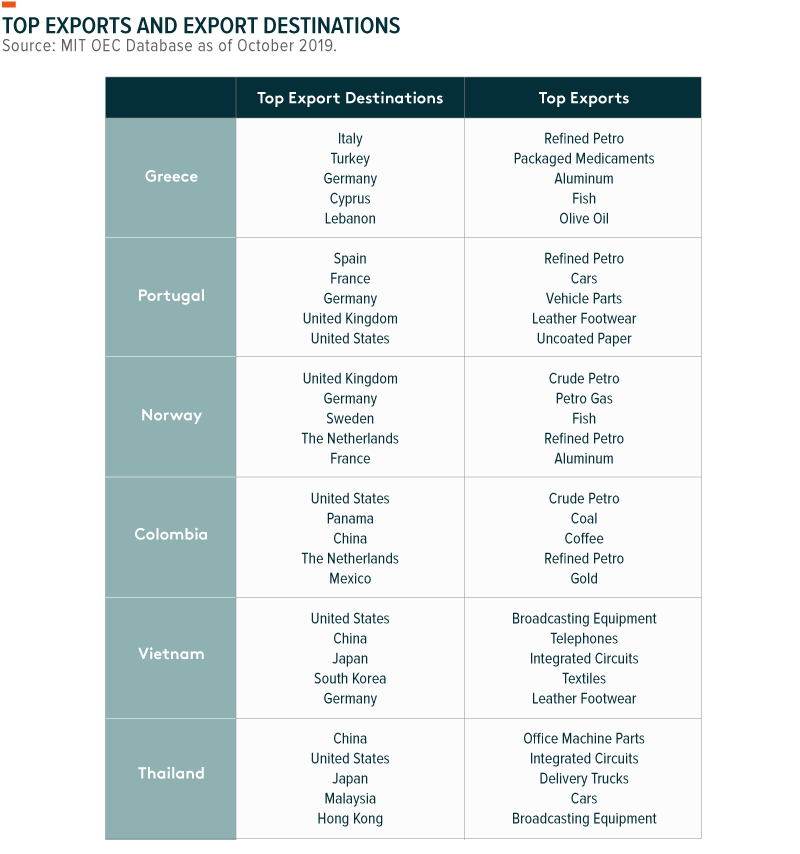 Low Valuations can Provide a Tailwind in Lieu of Growth

Despite the macroeconomic and geopolitical challenges facing the world today, many broad market indices are showing relatively full valuations. Some of this is attributable to the low interest rate environment, which has driven many investors to seek returns from equities over bonds, thereby pushing valuations higher for certain regions. Yet many of the bright spots highlighted above exhibit lower valuations than their regional benchmarks, adding to their appeal.

Relative to broader Europe, Greece, Portugal, Norway all exhibit comparable or lower valuations from a price-to-earnings (P/E), price-to-sales (P/S), and price-to-book (P/B) metrics. Similarly, Colombia and Southeast Asia exhibit lower valuations than their broad benchmarks. In a market environment with lofty valuations in many regions including the US and falling growth expectations, lower multiples can play an important role in contributing to returns should those valuations normalize, or dividends and buybacks support higher total returns.

With macroeconomic and geopolitical indicators flashing warning signs, it’s understandable that investors may seek safety and familiarity. Yet not all markets are impacted the same by these potential risks, and in fact many have attractive characteristics and valuations. We believe investors ought to consider a more selective approach to their exposure outside the US to capture such opportunities, or to avoid the risks that threaten broader benchmarks. 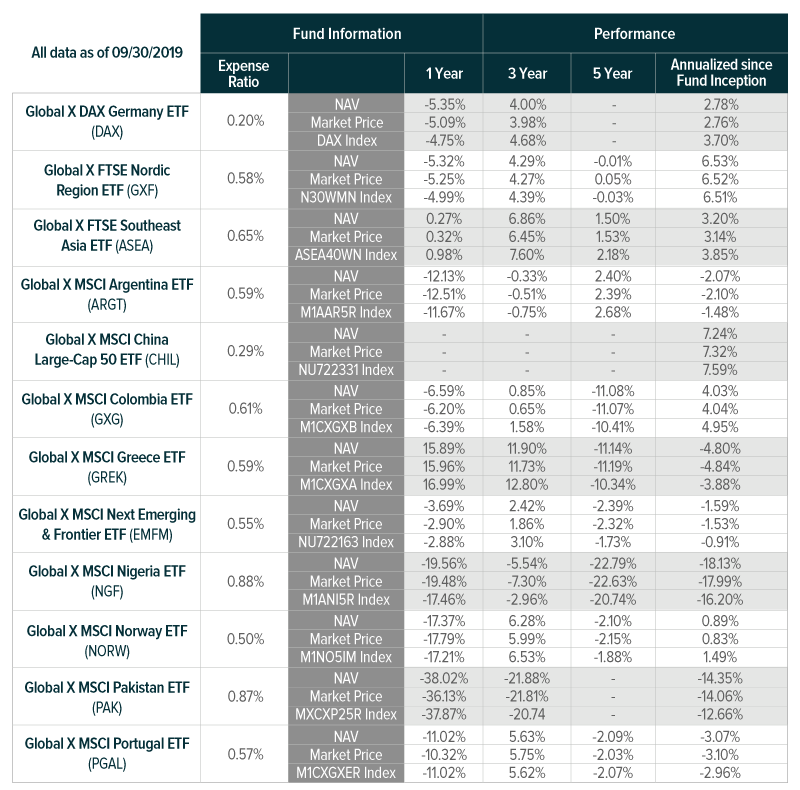 Current full and summary prospectuses are available by clicking the fund names above.

This material must be preceded or accompanied by a current prospectus. Please read it carefully before investing.