Editor’s Note: Please hover over the terms highlighted in sea green for their definitions. The glossary at the end also includes these in the order that they appear.

Earlier this month, the American Society of Clinical Oncology (ASCO) hosted its annual meeting, drawing over 40,000 attendees from around the globe. The conference is one of the major events in the healthcare industry and showcases the newest clinical readouts from top biotechnology and pharmaceutical companies. Global X attended this year’s presentations, which focused on democratizing cancer care, new diagnostic standards, and updates on investigational cancer treatments. In this piece, we highlight some of the most exciting developments.

BioNTech became a household name during the COVID-19 pandemic with its messenger RNA (mRNA) vaccine, which it co-developed with Pfizer. Now, the firm is developing 14 vaccines with that same mRNA technology to treat a variety of cancers, a market that could rival its success in COVID-19 immunization.

At the ASCO meeting, BioNTech presented phase-1 clinical trial data for its mRNA-based vaccine for pancreatic ductal adenocarcinoma (PDAC), a common form of pancreatic cancer. This asset is co-developed with Genentech, a Roche subsidiary. The data presented at the meeting was from a cohort of 19 patients who previously had surgery and received Roche’s monoclonal antibody treatment Tecentriq.1 Of the 19 patients, 16 received the investigational drug, BNT122.2 Half of the treated patients had a noticeable immune response, correlating with longer recurrence-free survival (RFS).3 The drug also showed favorable tolerability, with only one patient experiencing a grade 3 side effect.4 This result is particularly encouraging given the highly burdensome side effect profile of most cancer treatments.

The technology behind BNT122 focuses on individualized neoantigen specific immunotherapies (iNeST), which are individualized treatments that target the patient’s unique tumor and allow for a more effective treatment. Genomic sequencing identifies the patient’s genetic mutations, and proprietary algorithms select up to 20 neoantigens that are coded into the patient’s immune system via mRNA. This coding instructs the patient’s cells to identify malignant cells and attack the cancer.

The data is encouraging to the PDAC community, as only about 5% of PDCA patients respond to current treatment options, making it one of the highest unmet medical need cancers.5 PDAC makes up an estimated 90% of all pancreatic cancer cases.6 BioNTech and Roche can now proceed to test BNT122 in a larger pool of PDAC patients in a phase 2 trial.

The positive momentum for mRNA technology in oncology are expected to continue. BioNTech and Roche’s hyper-customized approach also has strong efficacy potential across a variety of solid tumors. The firms are evaluating BNT122 in melanoma, with phase 2 trial results expected in the second half of 2022.7 Enrollment for a phase 2 trial of BNT122 in colon cancer is ongoing, with a goal of testing the therapy in 200 patients.8

Growing Pool of HER2 Therapies: Addressing a Gap in Breast Cancer Treatment

AstraZeneca and Daiichi Sankyo revolutionized the HER2 positive breast cancer space with their drug, Enhertu, which the Food and Drug Administration (FDA) first approved in 2019. HER2 genes are involved in normal cell growth, but they can mutate to become overexpressed, potentially causing cancerous cells to grow and spread quickly.9 HER2-positive cases make up 15–20% of breast cancer cases, and 83% of patients on Enhertu experienced tumor shrinkage.10,11 However, a large subsegment of breast cancer patients have only a few HER2 cells, cases known as HER2-low. In these cases, another mutation primarily drives cancer growth, and usually dodges HER2 treatments. Around half of all breast cancer cases are considered HER2-low.12

Encouragingly, new data released at ASCO points to a potential expanded pool of patients that could benefit from Enhertu. If successful, approval would increase the patient pool for Enhertu by 430% and annual peak sales to $9 billion.13

Enhertu is an antibody-drug conjugate (ADC), a relatively new class of drugs that aims to increase efficacy and minimize toxicity over traditional chemotherapy. ADCs are empowered antibodies designed to harness the targeting ability of monoclonal antibodies by linking them to cell-killing agents. In other words, ADCs are antibodies attached to chemotherapy. The combination provides greater treatment precision and avoids killing healthy patient cells. It significantly improves the drug’s tolerability over traditional chemotherapy, whose less precise nature can kill healthy cells, resulting in severe side effects.

At ASCO, AstraZeneca and Daiichi presented data for the Destiny-Breast04 trial, which tested Enhertu against chemotherapy in HER2-low patients. The trial, which involved 557 patients, found that Enhertu nearly doubled median progression-free survival , representing a 49% reduction in the risk of progression in trial patients.14 Results also showed a 36% reduction in the risk of death compared to chemotherapy.15

Following the clinical data readouts, AstraZeneca and Daiichi are expected to seek expanded approval of Enhertu to include the HER2-low population. If approved, this label expansion could result in annual sales of $2–4 billion, making up a third of total Enhertu sales at peak.16 The presentation at ASCO also provides hope that the drug shows efficacy in other cancer types that express low levels of HER2, such as gastric, lung, colorectal, ovarian, and prostate cancers.

The CAR-T space has come a long way since the first CAR-T FDA-approval in 2017. There are now six commercially available CAR-T therapies, all approved for the treatment of blood cancers.17 Though recent progress has had a positive impact on blood cancer patients, only a small proportion of relevant patients can access CAR-T therapies given manufacturing and scalability hurdles. Pharmaceutical firms also continue to increase treatment durability and decrease associated side effects.

Currently, CAR-T cell therapies are customized for each patient. They are made by collecting a patient’s T cells and re-engineering them in a laboratory to produce CAR proteins. The CAR proteins recognize and bind to the patient’s cells, allowing them to better identify and fight off the cancer. The modified T-cells are then multiplied into the millions and infused back into the patient.

Arcellx, a CAR-T biotechnology firm, presented encouraging phase 1 data for their multiple myeloma CAR-T therapy. Its presentation at ASCO showed that its approach is successful, with 100% of the 31-patient cohort having at least some response to therapy, and 71% having a complete response to treatment.18 Though Arcellx presented limited safety data, it seems that the therapy is well-tolerated in patients. The data rivals that of industry-leading Carvytki, Johnson & Johnson’s CAR-T therapy, though Arcellx’s trial included a greater proportion of harder-to-treat patients. Arcellx may also have a manufacturing advantage given its proprietary binding technology. The firm is expected to provide another update on phase 1 data in December at the American Society for Hematology meeting and said that it hopes to start its phase 2 trial by the end of 2022.19

Though still early days, scientists also presented allogeneic CAR-T data at ASCO. Current manufacturing relies on an autologous approach, in which T-cells are patient-derived. Conversely, an allogeneic CAR-T uses donor-derived T-cells as the basis for treatment. This approach would allow for a scalable “off-the-shelf” manufacturing process, making these life-changing therapies more accessible to cancer patients globally. At ASCO, Adicet Bio presented phase 1 clinical trial data for its allogeneic CAR-T therapy, ADI-001, in a common form of lymphoma. The firm’s approach relies on gamma delta cells, which help limit potential complications from using donor-derived T-cells. Adicet reported that 75% of treated patients had a response, and that there were no serious side effects or dose-limiting toxicities.20 The firm now moves to phase 2 testing, in which it will select and test a therapeutic dose level to maximize long term durability while limiting any potential side effects.

As we expected, this year’s ASCO meeting was an encouraging milestone for cancer diagnoses and treatments, and it strengthened our conviction in the Genomics & Biotechnology and Aging Population segments. Along with encouraging progress in novel treatments, the event focused on increasing availability and adoption of genomic testing, particularly classifying genetic mutations and expanding adoption of blood-based cancer tests. For more information on this topic, see Liquid Biopsy: A Pathway to Earlier and Less Invasive Cancer Detection.

AGNG: The Global X Aging Population ETF seeks to invest in companies positioned to serve the world’s growing senior population through exposure to health care, pharmaceuticals, senior living facilities and other sectors that contribute to increasing lifespans and extending quality of life in advanced age.

GNOM: The Global X Genomics & Biotechnology ETF seeks to invest in companies that potentially stand to benefit from further advances in the field of genomic science, such as companies involved in gene editing, genomic sequencing, genetic medicine/therapy, computational genomics, and biotechnology. 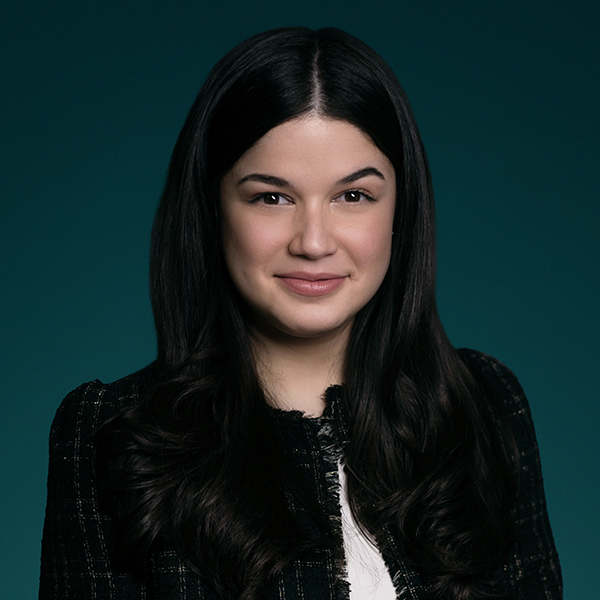 Immunotherapy: Type of treatment that stimulates or suppresses the body’s immune system to help fight diseases like cancer.22

Monoclonal Antibody: Type of laboratory-created protein that can bind to targets in the body, such as antigens on the surface of cancer cells.

Neoantigens: Protein that forms in cancer cells because of certain DNA mutations.

Progression-Free Survival: Length of time during and after treatment that a patient lives without the disease worsening.23

Recurrence-Free Survival: Length of time after treatment that the patient survives without any signs of that cancer. Also known as relapse-free survival.24

Investing involves risk, including the possible loss of principal. The investable universe of companies in which GNOM and AGNG may invest may be limited. GNOM invests in securities of companies engaged in Genomics, Healthcare and Biotechnology sectors. AGNG invests in securities of companies engaged in Healthcare, Pharmaceutical, Biotechnology and Medical Device sectors. These sectors can be affected by government regulations, rapid product obsolescence, intense industry competition and loss or impairment of patents or intellectual property rights. International investments may involve risk of capital loss from unfavorable fluctuation in currency values, from differences in generally accepted accounting principles or from social, economic, or political instability in other nations. GNOM and AGNG are non-diversified.