The USD has been very strong since the end of 2014. The promise of synchronized global growth brought with it some weakening in the USD during 2017. However, trade concerns sparked a flight to safety that strengthen the USD while putting pressure on Emerging Market (EM) currencies.

We believe that we are starting to see an improving environment for EM markets and currencies. Since the start of October, we have seen some weakness in the USD. This could be due to optimism regarding the U.S. and China reaching a phase one trade deal, resulting in an unwinding of the safe haven trade (the greenback). A weaker USD typically bodes well for EM. Additionally, the Yuan is testing the critical 7 Yuan to the USD level that it been above since early August. Should it break below this level we should see further improvement in EM currencies. 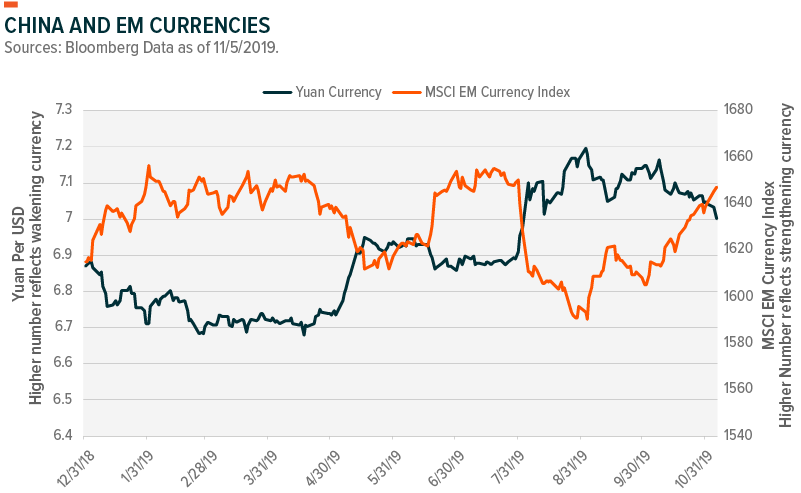 Yuan: This is the currency of China. The chart reflects the offshore deliverable value of the Yuan relative to the USD.