This May Not Be Your Father’s Inverted Yield Curve

Should we be ringing the recession alarm bell? Maybe. And that is what the most predictive part of the yield curve signaled after it inverted in August. But the last 10 years or so haven’t exactly been, typical. In my view, the extraordinarily low interest rate environment following the Global Financial Crisis distorts many of the historical relationships that we’ve come to think of as reliable signals. The distortion could mean that the 10-year and 2-year spread is not the recession indicator it was once. It could also mean that we need different responses to this global slowdown.

This inversion could be a little different

And the market is asking for more, perhaps even a 50-basis point cut to manage the yield curve’s trajectory. The argument is that a bigger cut would allow shorter-term yields to drop more, which could flip the curve to a positive slope, i.e., back to normal. 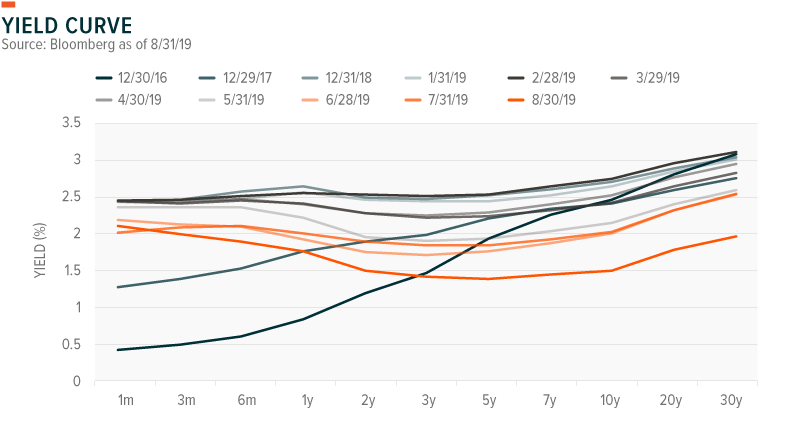 But it’s possible “normal” isn’t what it used to be. Monetary policy responses like those following the 2008–09 crisis might not be the answer this time. Complicating matters is the US’ massive debt, in my view. Debt always comes due, in some form, and right now the US has run up a roughly $22 trillion tab. Deficit spending with such a big bill staring the US in the face could exacerbate whatever day of reckoning is out there.

New tactics are worth exploring. An encouraging sign is the chatter about issuing 50- and 100-year US Treasury bonds that emerged as the yield on the 30-year Treasury bond dipped below 2%. Extended issuances wouldn’t solve the problem, but they could help. 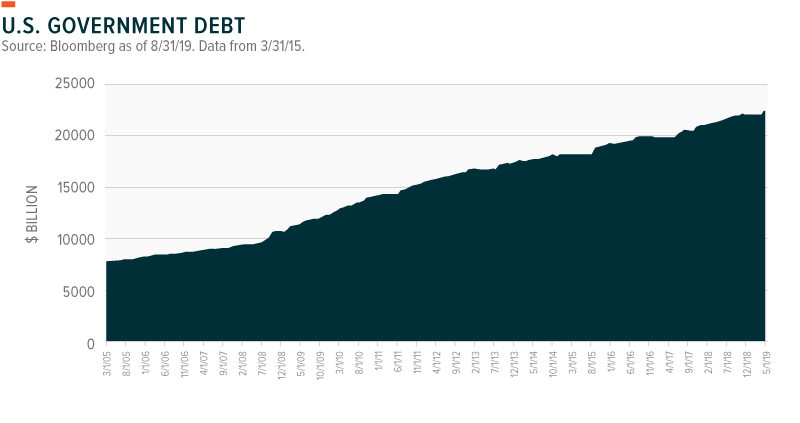 This is not only a US issue. With negative yields across most of the German and Japanese yield curve, US yields look reasonably attractive. Currently we are in an environment where improved global growth is required to improve the US yield curve. If the US is expected to continue to expand at a better rate than most other developed economies, abnormalities in the yield curve are likely to persist. 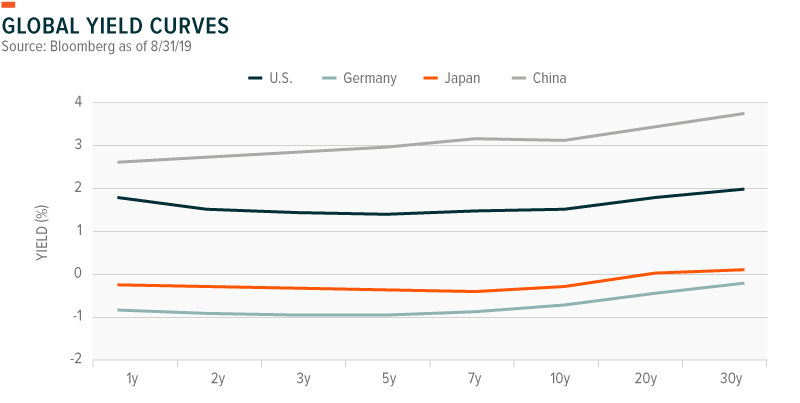 Spotlight on something new

It’s young versus old between emerging and developed markets. And investors wondering where to allocate capital may want to pay attention. Strong secular growth trends in EM due to population growth and the productivity that could result make their locales attractive. EM boasts a growing prime age worker base that seems poised to challenge the aging US, Europe and Japan economies on new fronts.

What’s more, investors can choose from a raft of increasingly nuanced investment vehicles able to capture how specific segments of these EMs respond to developing secular and demographic trends.

Past is typically prologue—until it’s not. Easy money from the Fed and global central banks might seem like the best tact. However, the normal calculus of a yield curve inversion may have changed following the extraordinary nature of 2008-09. In that sense, this global slowdown and the tired same old same old warrant a look at something new.

All data is from Bloomberg