“The Cloud” is now “The Clouds”

Tech giants continue to promote their cloud services as an important source of company growth, which begs the question: who comes out on top? But recent trends suggest that it may not be a winner-take all industry. Customers are increasingly opting for multi-cloud infrastructure solutions to diversify risk and align specific needs with the appropriate cloud provider. Flexera’s annual industry report stated that 92% of companies had multiple cloud subscriptions this year.1 Google’s release of open-source technology to permit customer control helped drive cloud revenue to grow 53% year-over-year (YoY).2 IBM noted 13% growth in cloud sales as they begin investing in hybrid cloud opportunities to implement the multi-cloud strategy within its own platform.3 Microsoft Azure’s 51% revenue growth YoY and Amazon Web Services’ 37% YoY sales growth in Q2 contributed heavily to each respective company’s strong earnings as well.4,5

Snapchat’s revenue doubled to $982 million and daily active users (DAU) leaped 23% YoY to 293 million.6 The company revealed that over 200,000 creators engage in augmented reality (AR) features on its platform daily— whether it be through Lens Studio, a tool to build AR lenses on the app, or via Scan, its apparatus built to help Snapchatters scan a desired outfit and find similar recommendations to enhance the shopping experience.7 Twitter’s revenue hit $1.19 billion with ad revenue up 87% YoY and monetizable DAU reaching 206 million, up 11% YoY.8 Twitter provided commentary on its mission to promote news, discussion, and potential income streams to its content creators. The means to do this lies within AI and machine learning, decentralization, and Bitcoin integration for the company’s near future. Facebook emphasized their focus on video creation through Reels on Instagram and Facebook Watch by investing $1 billion into creators.9 The company also recently made WhatsApp payments as well as Facebook Pay more globally available. Not only did Facebook’s revenue grow 56% YoY, the company also saw a 47% year-over-year increase in the average price per ad and a 6% increase in the number of ads delivered. Pinterest also chimed in with clear signals that their investments in shopping, automation and tools are working which is evident from their strong 125% YoY revenue growth.

Electric vehicle (EV) momentum continues with global EV battery sales more than doubling in the first four months of 2021.10  EV adoption continues to accelerate as countries implement policies to reduce carbon emissions and consumer preferences shift away from internal combustion engine (ICE) vehicles to cleaner alternatives. The EV push is increasingly benefitting from company-level commitments, with Mercedes-Benz recently announcing that the brand would be ready to go all-electric by the end of the decade.11 The company went even further to claim that beginning in 2025, all newly launched vehicle architectures would be electric-only and all preexisting car models will have an electric variant.12 Stellantis, which owns Fiat, Chrysler, Opel, Peugeot, Dodge, Jeep, and other major car brands, held its EV day to outline plans to invest more than $35 billion dollars through 2025 solely for electric vehicles and software.13 The company is committing to a global EV battery sourcing strategy that will reach 260 gigawatt-hours (gWh) by 2030 using five battery gigafactories.14 These 5-10 year plans from major automakers indicate a more rapid timeline for the shift to EVs than previously thought.

Many large technology firms are offering cryptocurrency payment systems to consumers. A recent job posting at Amazon, for example, revealed possible plans to launch a new payment product which will enable customers to convert cash into digital currency to be used on Amazon’s platform. PayPal followed up its October 2020 launch of PayPal Crypto, with increased purchase limits for cryptocurrencies. The previous weekly limit of $20,000 increased 5x to $100,000 and the annual purchase limit of $50,000 is completely removed.15 Twitter doubled down on its commitment to Bitcoin through integration of the digital currency with existing features such as Super Follows, commerce, subscriptions, and Tip Jar. Twitter CEO Jack Dorsey’s actions mimic those of his other company, Square, where cryptocurrencies are also a key focus. Further, the e-commerce giant Shopify is taking a more novel approach in accepting alternative currencies by allowing merchants to sell non-fungible tokens (NFTs) directly to consumers. Announcements like these from major companies help accelerate and mainstream the adoption of cryptocurrencies among consumers and businesses.

With the rise of digitalization, semiconductors are increasingly essential to a functioning economy. The dependence on semiconductors has escalated to the point that governments are getting involved, not only to help alleviate near-term manufacturing shortages, but also to develop policies that protect the stability of semiconductor supply chains over the long run. The White House revealed plans to open six to eight semiconductor chip factories in the U.S. within 18 months of the date that Biden signs the $250 billion Innovation and Competition Act into law (which was passed by the Senate but still needs to go through the House of Representatives).16 Of the $250 billion in the bill, $52 billion will be allocated towards semiconductor research, develop and manufacturing.17 U.S. share of global semiconductor manufacturing capacity has dropped to 12% today from 37% in 1990.18 Europe is also taking on a massive endeavor with aims to double its share of the global chip market by 2030. If the global chip shortage is indicative of anything, it’s the necessity for countries to possess domestic chip production and reduce international reliance on overseas suppliers.

Extreme heat events have set hundreds of temperature records across the U.S. in 2021. If greenhouse gas emissions aren’t deterred, heatwaves could occur 2-7x more frequently than in past decades.19 In the U.S., President Biden’s $3.5 trillion budget resolution to vastly expand social and environmental programs, seeks to stem these changes by funding a nation-wide transition to clean energy and other policies to combat climate change.20 The framework for the bill includes creation of a civilian climate corps to add jobs to address climate change and conservation, tax incentives for clean energy and electric vehicles, and a clean energy standard – a mandate that would require a portion of U.S. electricity to come from renewables. The European Commission is also charging ahead in its climate preservation efforts as their latest presentation spoke of aiming to reduce net greenhouse gas emissions by at least 55% below 1990 levels within less than a decade.21 The EU executive branch also added that Europe would be the world’s first climate-neutral continent by 2050.22 China announced plans to launch an emissions-trading system to put a price on the greenhouse gases generated by domestic industries, increasing the cost of products with the intent of promoting efficiency and cutting emissions. This advancement should aid the country in reaching its goal of peak emissions before 2030 and carbon neutrality by 2060.23 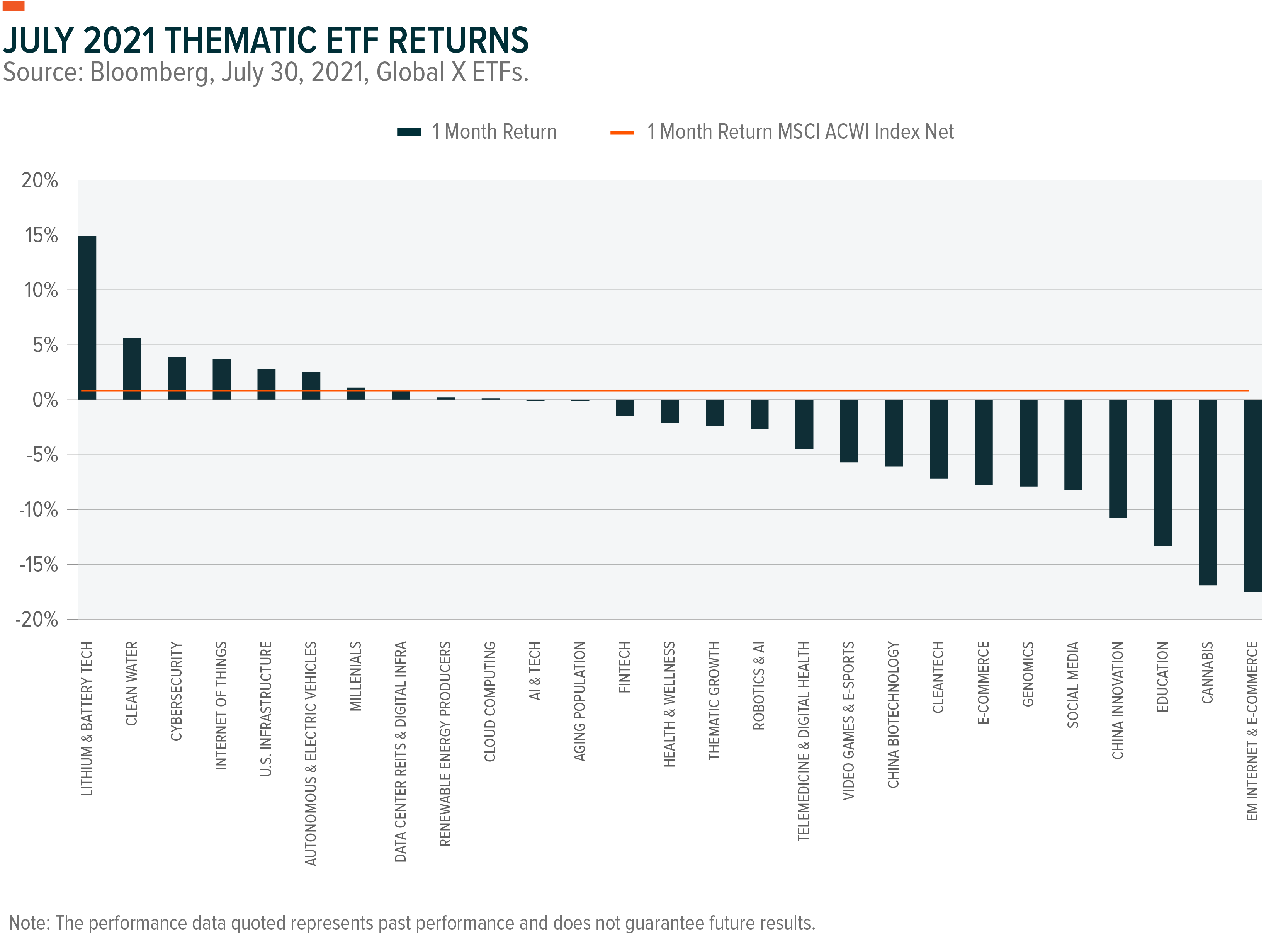 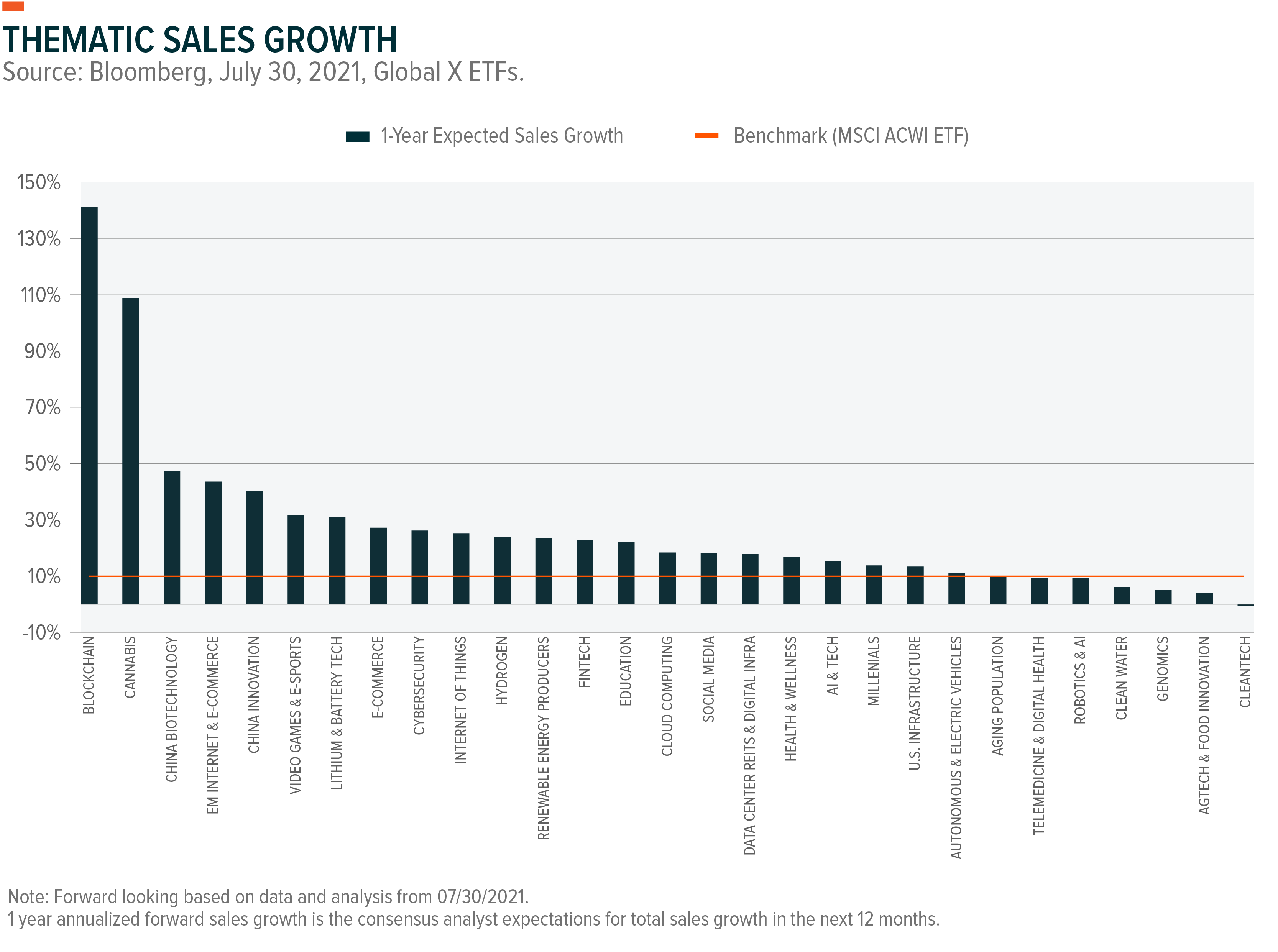 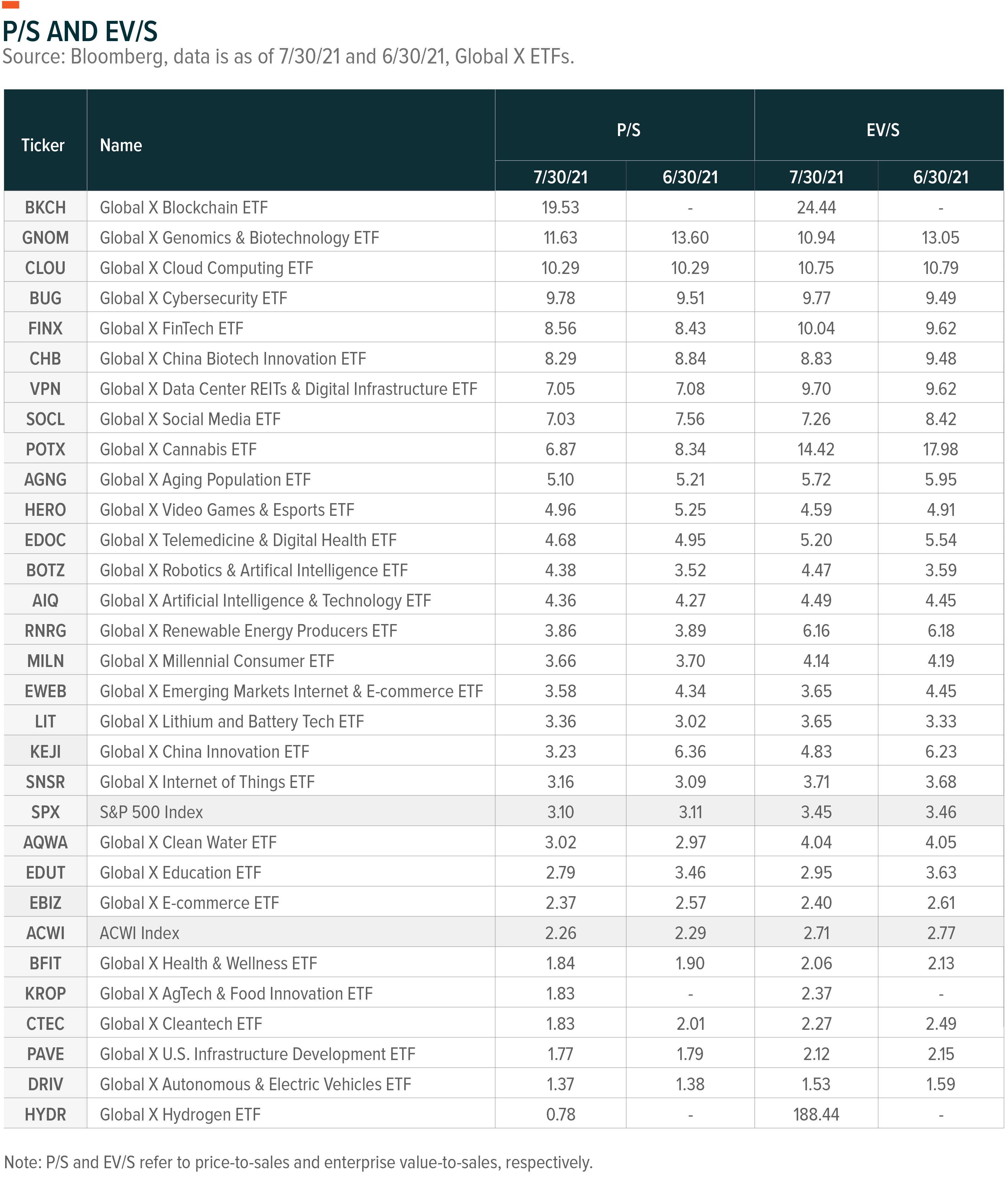 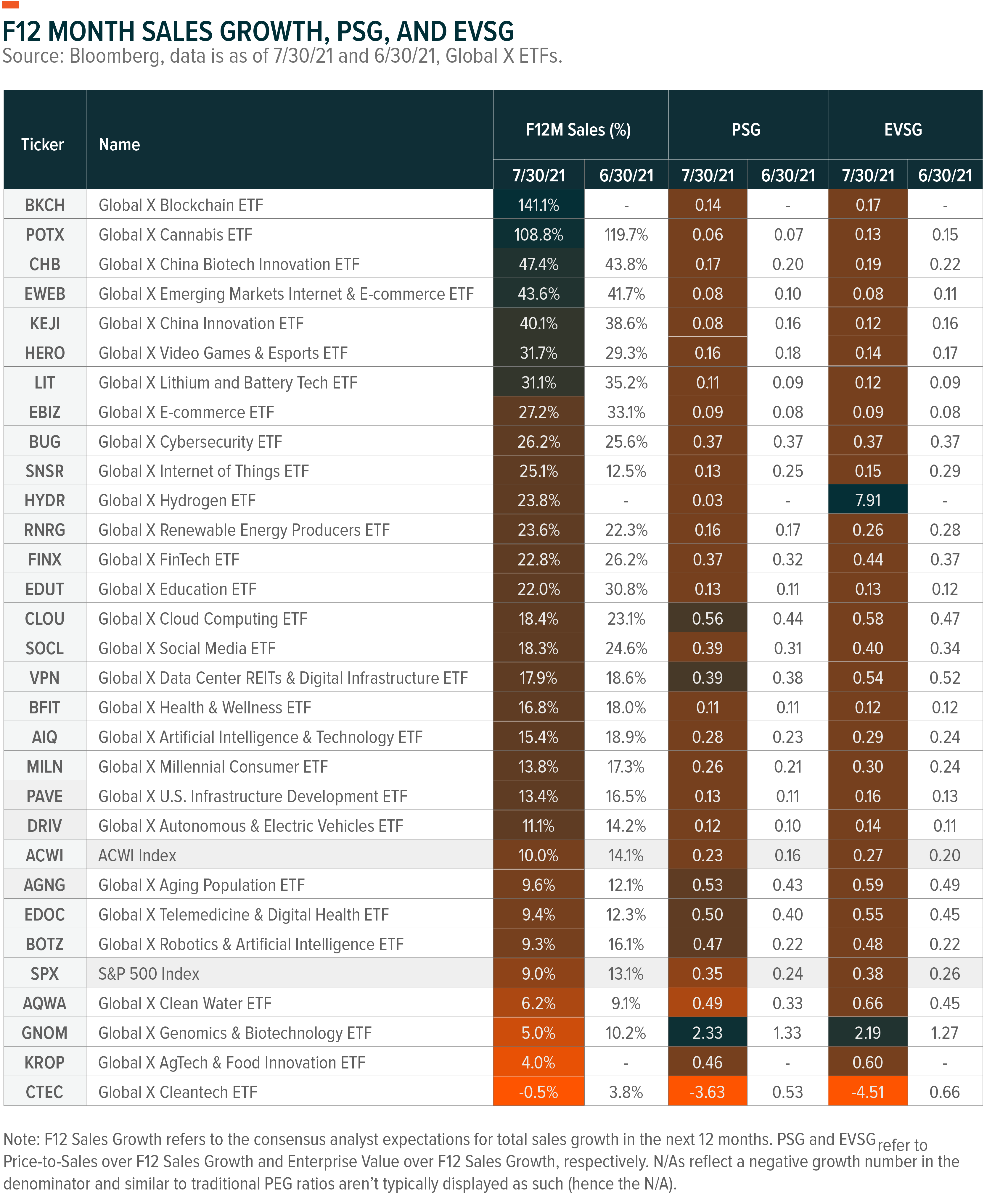