On one end of the spectrum, Twitter recently announced an outright ban of political ads, setting a public precedent, though political ad spending on the platform ($5.2mn since 2018) pales in comparison to Google ($32mn) and Facebook ($67mn).1 Weeks later, Google took a middle-ground approach by forbidding ad-targeting based on public voter records or political affiliation. As for Facebook, it has yet to enact any new rules since its September announcement that it would no longer fact-check political ads. However, it is in talks with ad-buyers about broadening the reach of targeted ads.

A team from Switzerland’s Electromagnetic Compatibility Laboratory developed an artificial intelligence-based system that can predict when and where lightning will strike with almost 80% certainty.2 Comparing 10 years of temperature, humidity, air pressure, and wind speed data with associated lightning strikes, the system’s algorithms were able to establish a pattern that will only improve with further use. The simplicity of the input parameters creates a world of possibility for use in areas that lack access to communication networks. Additional use cases could include disaster preparedness and mitigating potential damage, among many others. Similar predictive systems have been developed for weather projections in the past, relying on complex data sets and advanced GPUs to process them.

Long lines followed by a rush of deal-seeking shoppers when stores opened their doors on Black Friday seems to be a thing of the past. Consumers ditched brick-and-mortar stores this year, or at least spent less while visiting stores. According to Adobe Analytics, Black Friday brick-and-mortar retail sales fell by 6.2% compared to last year.4 Shopping behavior continues to shift online because of quick delivery times, price comparison, and overall convenience. Black Friday pulled in a record of $7.4 billion in online sales this year, a 19.6% year-on-year increase. Smartphones accounted for $2.9 billion of total sales.5

CRISPR Therapeutics and Vertex Pharmaceuticals reported encouraging data from the first company-backed study that tests a CRISPR/Cas9 gene-editing therapy in humans. The treatment, CTX001, is in two phase 1/2 studies, testing treatments for transfusion-dependent beta thalassemia and sickle cell disease. The data come from one patient in each trial. The sample size is too small to fully determine CRISPR’s efficacy, but it illustrates gene editing’s potential.

The beta thalassemia patient needed an average of 16.5 blood transfusions per year before the study. Nine months after receiving CTX001, the patient no longer needed transfusions and had near-normal hemoglobin levels. The sickle cell patient had seven painful vaso-occlusive crises per year before CTX001. Four months after CTX001, the sickle cell patient had no vaso-occlusive crises and similar hemoglobin levels.6

The House Judiciary Committee recently approved a bill to fully legalize cannabis in the US. The Marijuana Opportunity Reinvestment and Expungement (MORE) Act seeks to decriminalize cannabis, expunge prior convictions for cannabis offenses, and establish a 5% federal tax on cannabis and its derivatives. The tax revenue will fund job training and legal assistance to those communities hit hardest by the war on drugs.

The bill just completed the first stage of the legislative process and now will be sent on to the House. The legislation could pass in the Democrat-controlled House but may face strong opposition in the Republican-controlled Senate. It will then have to be signed by the President to become law. According to Skopos Labs, an automated predictive intelligence platform, the bill has a 1% chance of being enacted.7

The Tesla-dominated electric vehicle (EV) market keeps many consumers on the sidelines waiting for more options, and more price-friendly options at that. But an average battery price pack around $120 kw/h means prices would need to fall about 20% to reach price parity with an internal combustion engine. Yet, consumers can start getting ready with more options are coming to market in the next few years. Mainstream OEMs have EV models that could hit the market soon. Ford unveiled its new all-electric Mustang SUV in November, which will hit the market in 2020. And VW announced a €60 billion investment in electric mobility, hybrids, and more, to support the rollout of an estimated 26 million EVs by 2029.8 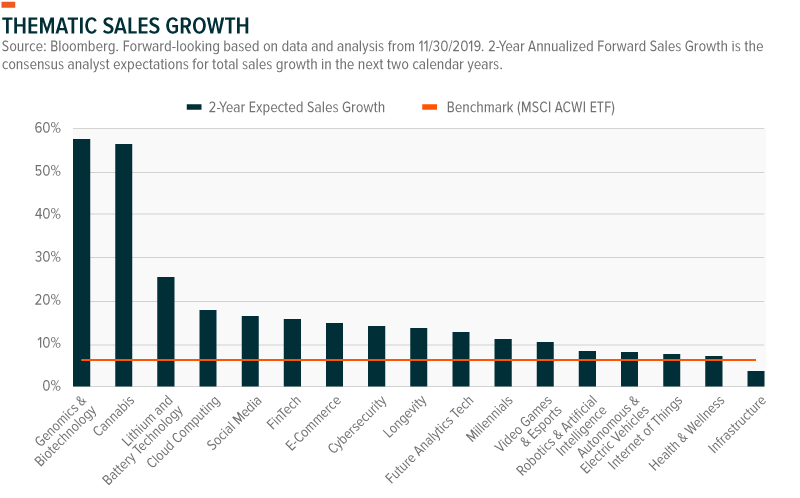 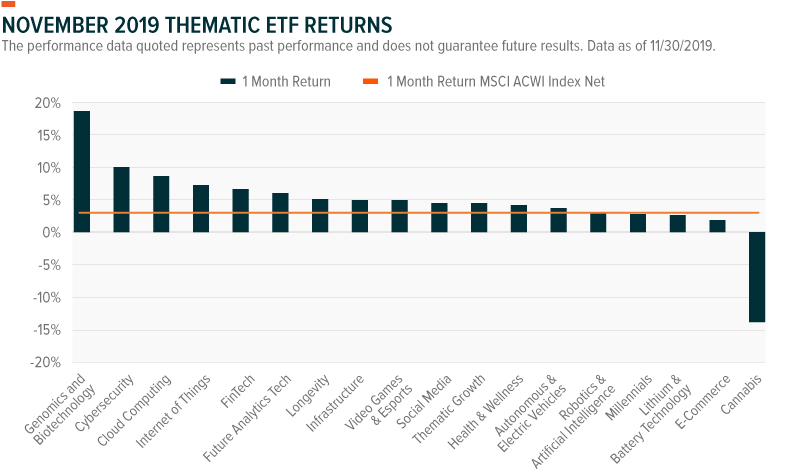 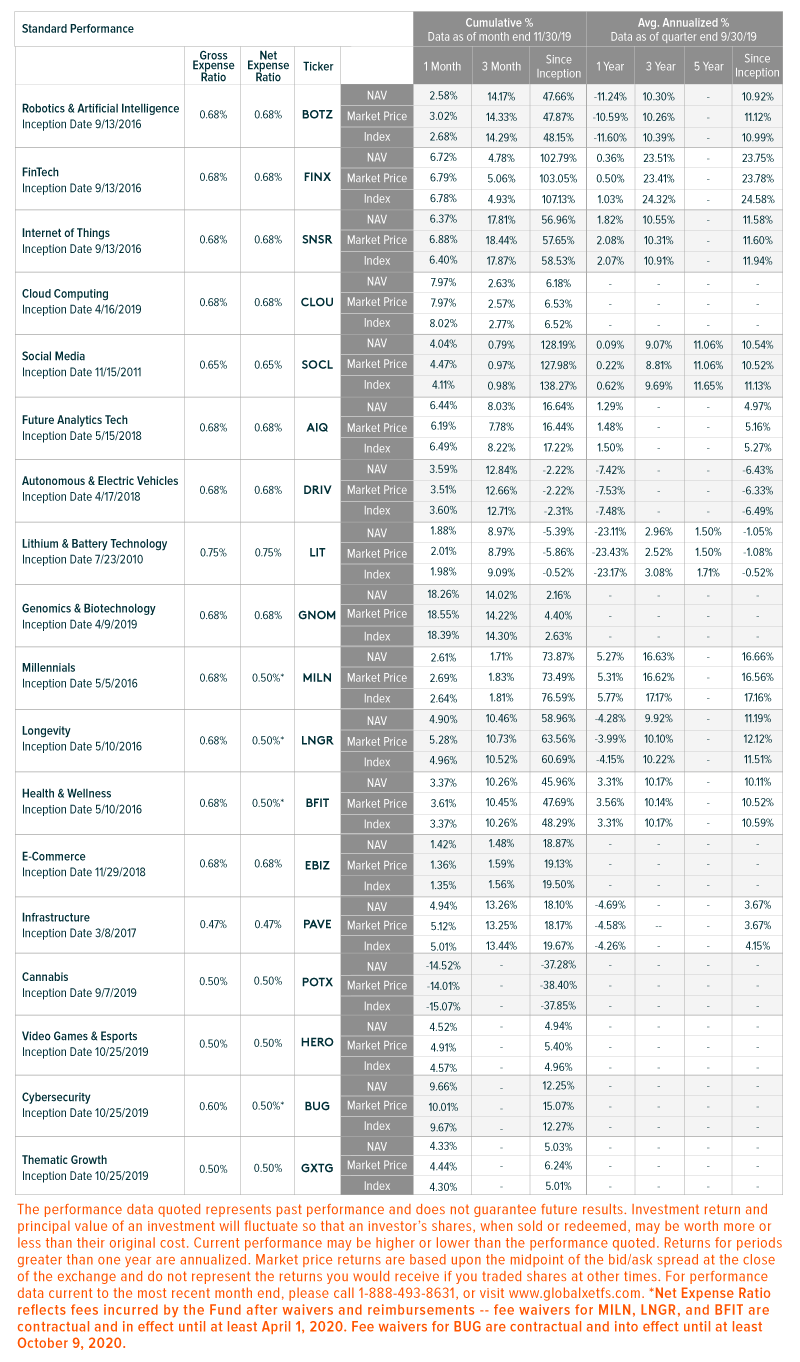 POTX’s investments are concentrated in the cannabis industry, and the Fund may be susceptible to loss due to adverse occurrences affecting this industry. The cannabis industry is a very young, fast evolving industry with increased exposure to the risks associated with changes in applicable laws (including increased regulation, other rule changes, and related federal and state enforcement activities), as well as market developments, which may cause businesses to contract or close suddenly and negatively impact the value of securities held by the Fund.  Cannabis Companies are subject to various laws and regulations that may differ at the state/local, federal and international level. These laws and regulations may significantly affect a Cannabis Company’s ability to secure financing and traditional banking services, impact the market for cannabis business sales and services, and set limitations on cannabis use, production, transportation, export and storage. The possession, use and importation of marijuana remains illegal under U.S. federal law. Federal law criminalizing the use of marijuana remains enforceable notwithstanding state laws that legalize its use for medicinal and recreational purposes. This conflict creates volatility and risk for all Cannabis Companies, and any stepped-up enforcement of marijuana laws by the federal government could adversely affect the value of the Fund’s investments. Given the uncertain nature of the regulation of the cannabis industry in the United States, the Fund’s investment in certain entities could, under unique circumstances, raise issues under one or more of those laws, and any investigation or prosecution related to those investments could result in expense and losses to the Fund.

Investing in securities engaged in the social media industry include disruption in service caused by hardware or software failure; interruptions or delays in service by third-parties; security breaches involving certain private, sensitive, proprietary and confidential information managed and transmitted by social media companies; and privacy concerns and laws, evolving Internet regulation and other foreign or domestic regulations that may limit or otherwise affect the operations of such companies.