Strong holiday season sales topped off 2021 e-commerce spending despite sparse discounts. U.S. consumers spending online totaled $109.8 billion through the month of November until Cyber Monday, an 11.9% increase from the same period last year.1 Although sales on Thanksgiving Day, Black Friday, and Cyber Monday were consistent or slightly less than 2020, many consumers purchased holiday gifts prior to Thanksgiving Day because of the supply chain constraints. A survey noted that about 61% of U.S. consumers did their holiday shopping in advance.2 Store discounts were much less this year than in previous years. Average discounts for electronics were 12% on Cyber Monday, compared with 27% last year.3 However, fewer deals didn’t affect sales: in Q3 2021, total U.S. e-commerce sales increased 6.8% from Q3 2020 to $204.6 billion.4

Global auto manufacturers are strengthening their foothold within the electric vehicle (EV) ecosystem. At the end of 2020, there were 1,019,260 EVs registered in the U.S., only 2.5% of the automotive market.5 But within the first three months of 2021, U.S. consumers registered new EVs at 3x the rate of other new cars.6 EV sales in the U.S. more than doubled in 2021, led by Ford and Tesla. Surveyed automotive executives are confident President Biden will reach his goal of having half of new vehicles sold in the U.S. be electric by 2030. On average, surveyed executives expect 52% of new vehicle sales in the U.S. will be electric by then.7 This figure is consistent with the expectations of executives surveyed in Japan and China. In Europe, 13% of auto sales were fully electric in October, when overall plugin vehicle sales increased 26% year-over-year.8

The metaverse continues to expand with more industries taking part, including real estate. Users can now buy digital tracts of land in the metaverse. Among real estate opportunities, consumers can buy virtual concert venues, shopping malls, houses, and monuments. The land represents future monetization opportunities for owners, as they could lease their space to popular brand names, for example. Also, Meta, arguably the most well-known name in the metaverse, released several new developments. The company’s Haptic Glove is progressing towards becoming the world’s first high-speed microfluidic processor that allows touch in the virtual world. In addition, Meta announced plans to reintegrate cryptocurrency ads onto its services. And the company updated its Quest headset to include cloud backups, a mixed reality camera, and more.

AWS Reinvents for the New Normal

Cloud computing quickly became an integral part of the economy during the pandemic. It’s estimated that the average proportion of IT spending on the cloud will jump from 8.9% in 2020 to 12.4% in 2025.9 And now Amazon Web Services (AWS) has plans to expand its sustainable architecture, as announced at the company’s annual customer conference, AWS re:Invent 2021. Among its goals, AWS plans to limit energy consumption when running code and storing and processing data. It plans to release tools such as Control Tower for businesses to optimize data residency, Compute Optimizer for resource efficiency, and CloudWatch to launch new features. AWS wants to enhance its storage capabilities, especially for the retrieval of rarely accessed data. In addition, AWS is focusing on enhanced processors for greater computational power, directing its efforts towards machine learning and rolling out 5G services.

The global semiconductor shortage reached an all-time high after months of waiting for Congress to pass and fund the $52 billion CHIPS for America Act. Top chip and computing executives signed a letter designed to strengthen the Facilitating American-Built Semiconductors (FABS) Act and include an investment tax credit for chip design and manufacturing. Global automakers estimate over $100 billion in revenue losses this past year due to semiconductor chip shortages.10 In recent months, Apple, Ford, and General Motors, among other companies, slowed production of their products largely due to the chip shortage, which also contributed to rising inflation. Globally, the European Union is considering easing restrictions on state aid for the semiconductor industry after France’s pleas for an interventionist approach.

Cyberattacks on the Rails

The U.S. federal government imposed two cybersecurity mandates on railroad and rail transit systems considered higher risk. The new regulations require critical passenger and freight railways to report cyberattacks to the government, and they must designate a cybersecurity specialist to coordinate with the Transportation Security Administration (TSA) and Cybersecurity and Infrastructure Security Agency (CISA). The mandates also require an incident response plan and frequent vulnerability assessments to address cybersecurity gaps. These rules are an extension of previous Department of Homeland Security (DHS) directives that resulted from major cyberattacks in 2021, notably the Colonial Pipeline hack. The DHS intends to implement similar measures for the aviation industry in the future. 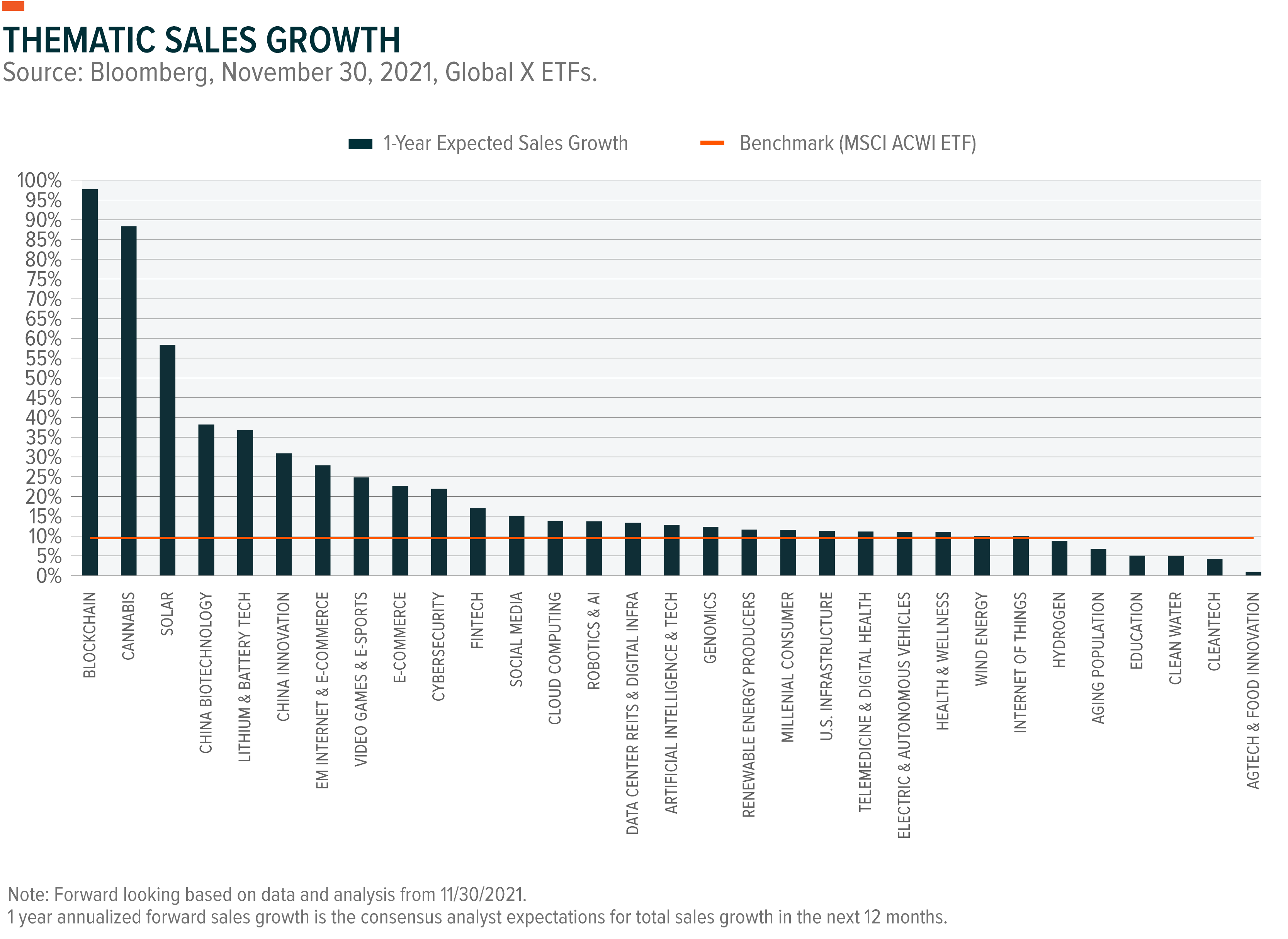 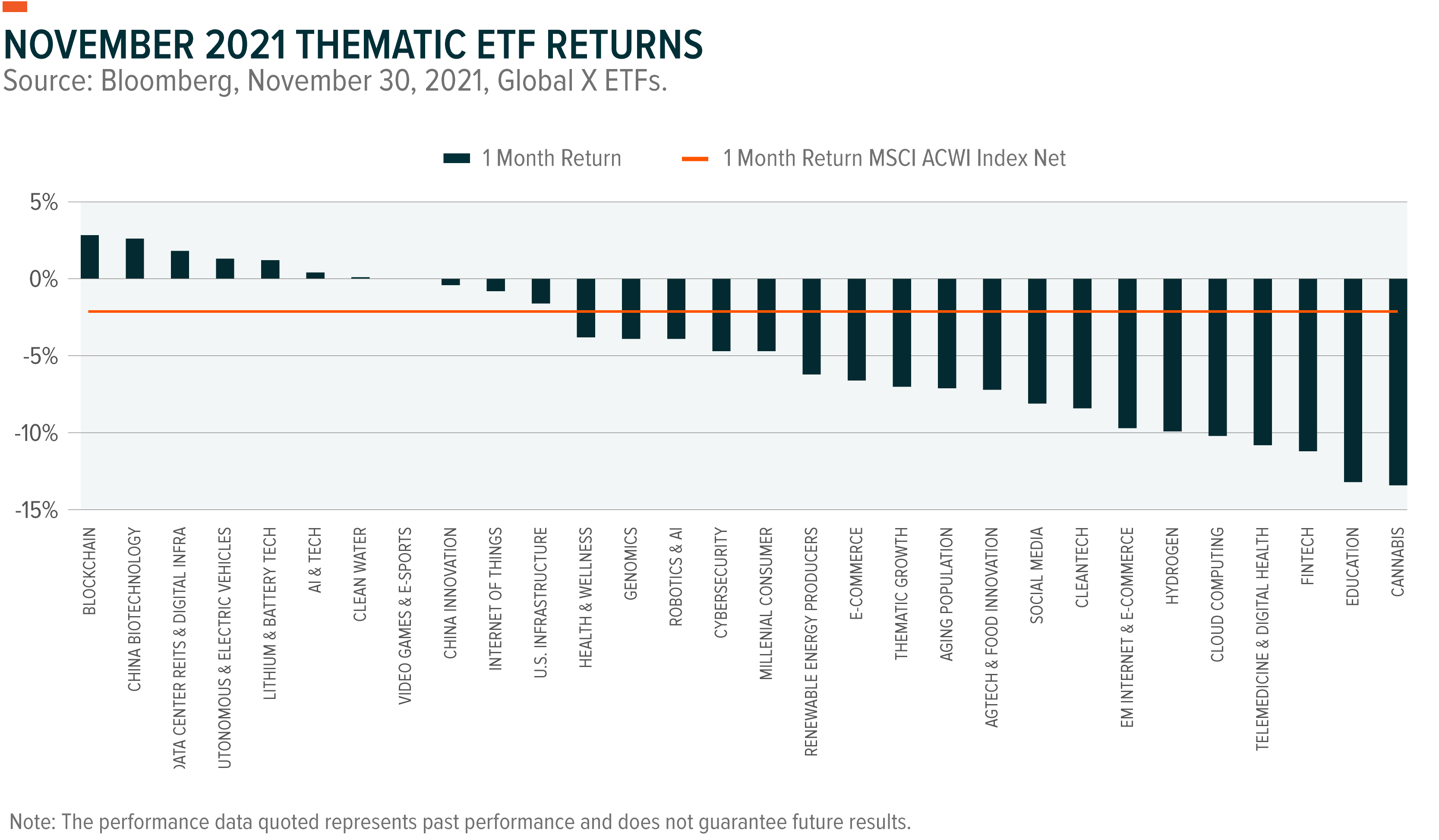 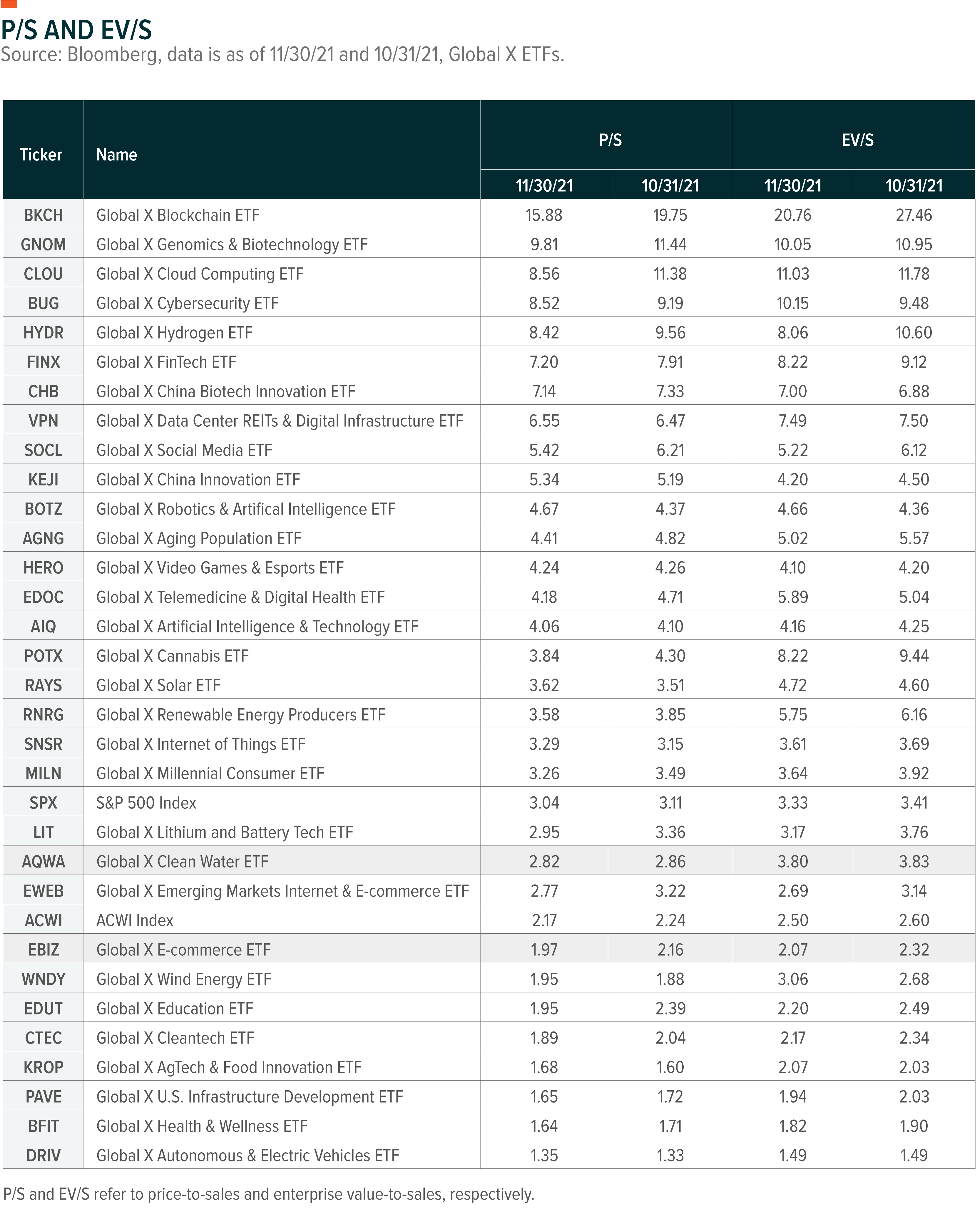 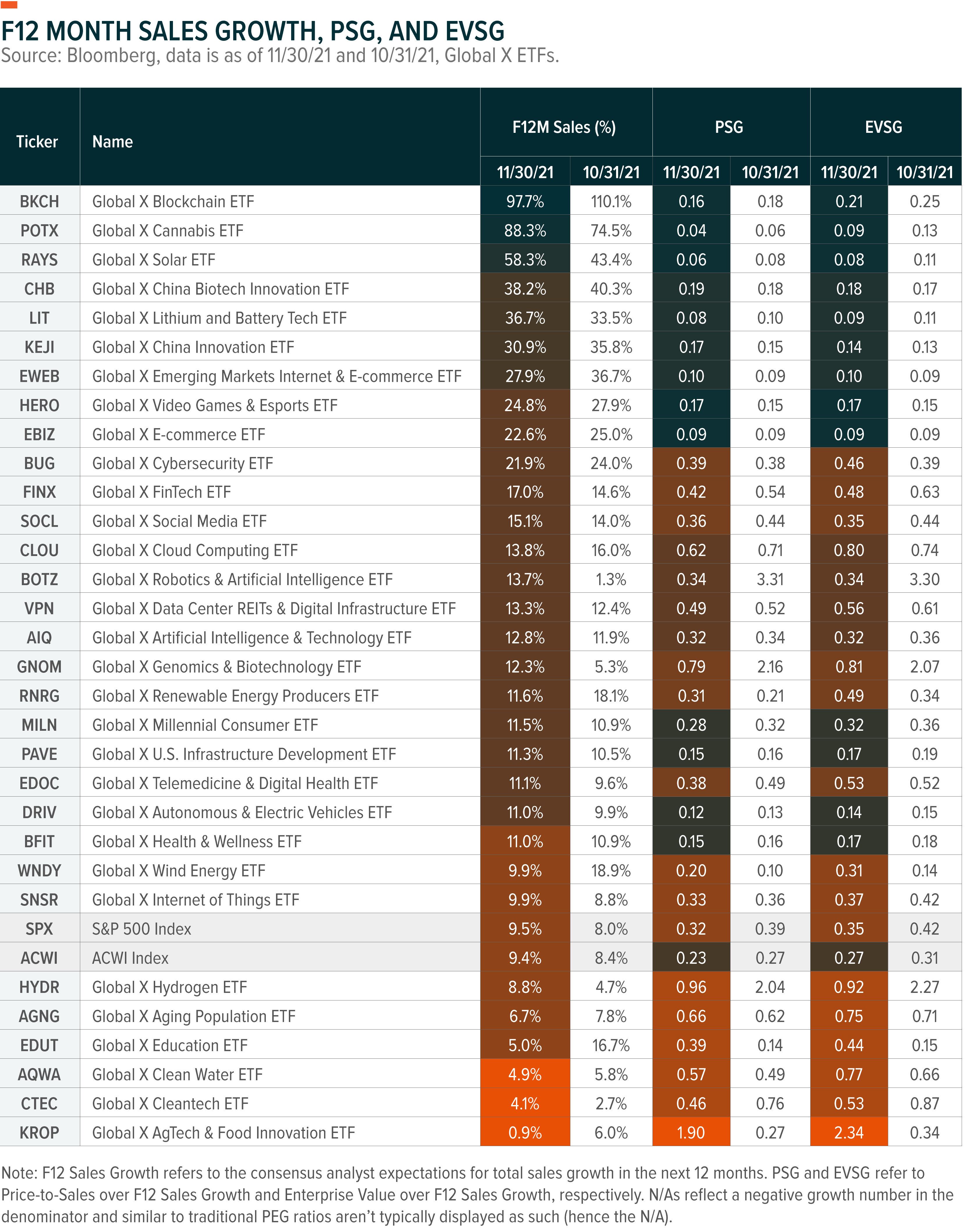 Investments in blockchain companies may be subject to the following risks: the technology is new and many of its uses may be untested; theft, loss or destruction of key(s) to access the blockchain; intense competition and rapid product obsolescence; cybersecurity incidents; lack of liquid markets; slow adoption rates; lack of regulation; third party product defects or vulnerabilities; reliance on the Internet; and line of business risk. Blockchain technology may never develop optimized transactional processes that lead to realized economic returns for any company in which the Fund invests.